In winter, snow can accumulate on BS dishes, which may cause reception problem of satellite TV. The water repellency of the dishes degrades in prolonged use, and the reception signal of BS deteriorates by a water film or an icing film formed on the dishes. The HIREC superhydrophobic coating on the dishes is an effective countermeasure against such BS reception problems. 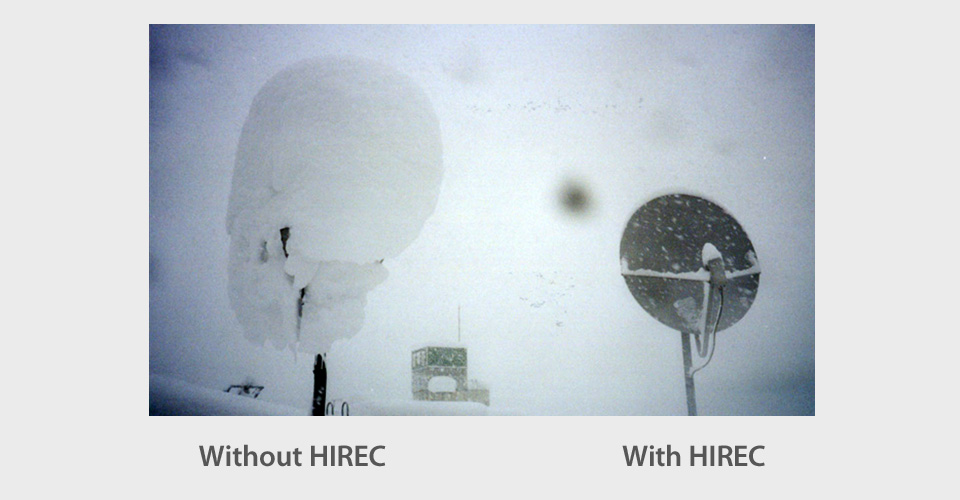 Reception problems in winter caused by snowfall can be reduced by HIREC, the super water-repellent coating on satellite dishes.
The following figures show conditions of the weather and reception conditions of satellite TV systems in snow season. They were measured in Yuzawa town(*)  in the northern Japan. The TV system has been installed for 26 months. The snowfall and temperature changes are shown in the conditions of the figure.

The following figure shows an example of the BS reception problem time. It was measured during 54 days in winter in Yazawa Town(*).