The long-term stability of HIREC water repellency was measured by accelerated weathering test. The test simulates the degradation of materials exposed in the field where ultraviolet radiation, temperature, and moisture effect on it. The change of contact angle of HIREC was measured during and after 2500 hours of the test. 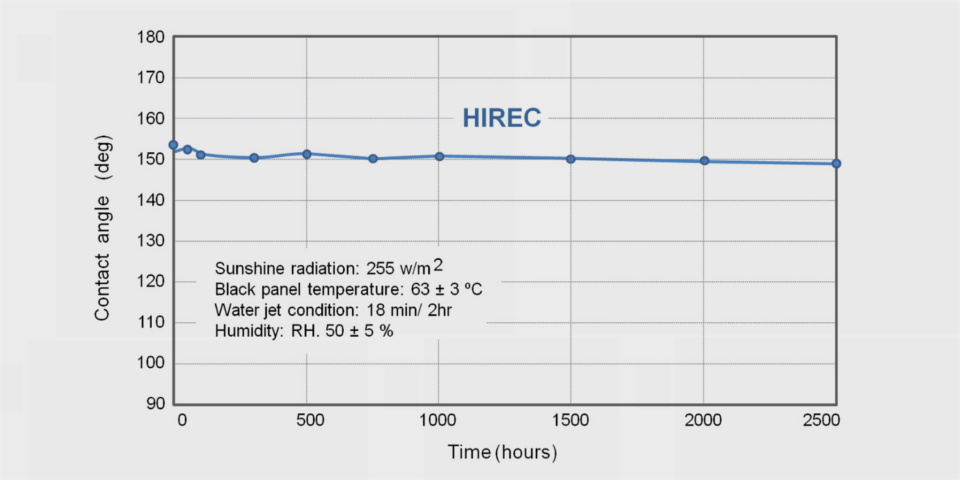